Deprecated: The each() function is deprecated. This message will be suppressed on further calls in /home/caribdir/caribbeanfoodanddrinkconference.com/wp/wp-content/plugins/js_composer/include/classes/core/class-vc-mapper.php on line 111
 SPEAKERS – Caribbean Food and Drink Conference 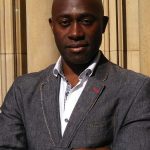 Born in Manchester to Ghanaian parents Henry Bonsu is a leading British African broadcaster. A Modern Languages graduate of Magdalen College, Oxford (1990), he has worked on some of the UK’s biggest current affairs shows, including BBC Radio 4’s Today. Henry has also presented programmes on satellite TV channels including Vox Africa (2008-14), BET International (2008-11) and Press TV (2009-15), and been an analyst on BBC News, Sky News, Al Jazeera and Arise News.
He specialises in international politics, business, and health and education. Henry started his career in the early 90s as a print journalist initially writing for black diaspora publications like The Voice, and the Caribbean Times, then for mainstream  newspapers including The Times, Daily Express, The Guardian and the London Evening Standard.
Henry is currently an international moderator and Master of Ceremonies, specialising in business and economic development and the Sustainable Development Goals. Celebrated for his dynamic, engaging style, in recent years he has hosted summits at the UN General Assembly in New York, at COP21 in Paris (2015), in Addis (2015), in Incheon (Development Cooperation Forum – 2015), Arusha (Future Fortified – 2015) and Johannesburg (Forum on China Africa Cooperation – 2015). Henry has also hosted the African Banker Awards at AfDB Meetings in Marrakech (2013), Kigali (2014), Abidjan (2015), Lusaka (2016) and Ahmedabad (2017).
In September 2016 Henry facilitated the pledging session of the Global Fund’s Replenishment in Montreal, and the UN Secretary General’s Together for the 2030 Agenda partnerships event in New York.

is a key player in the development of Croydon Chamber of Commerce and Chairman of the South London Export Club. He also received an MBE and was nominated for the award by senior colleagues at UK Trade and Investment, the government organisation that supports British businesses overseas – with whom he works three days a week. Bryan has unstinting support for existing and would-be overseas traders in south London – particularly those in the Croydon area.  He has devoted over 40 years to London business – whether he is working for a company, running his own business or, in his
current capacity, as an International Trade Adviser with UK Trade and Investment (UKTI). He has an incredible level of knowledge to help your business succeed overseas and relates his passions locally and to all ages and levels. He also sits on the Croydon Education Business Partnership board and has received a national award for his work, as a trade adviser, in helping companies break into the export market. 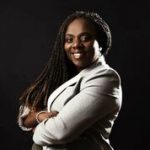 Multi-award winning International Speaker, Author and Transformation mindset coach, Dr Ava Eagle Brown is in a class by herself.  Ava coaches, trains and speaks globally to help others shift their mindsets to change their lives and businesses . She is the author of her memoir The Mango Girl ( out in Waterstones , Barnes & Nobles, WH Smith and Amazon)  soon to be a feature film. Ava has moved from incest, rape, failed marriages and being homeless to a household name globally. She has shared stage with the likes of Eric Thomas, Lisa Nichols, Nick Vujicic, Andy Harrington, Hollywood -Sheryl Lee Ralph,  Paul O’Mahony, Darren Winters, Mac Attram, Reena Marla, Simon Coulson, Paul Preston , Joseph McClendon 3rd among others  of influential and status in this space. 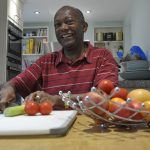 Tony worked for both Birmingham Social Services and West Midlands Probation Service for 30+ years prior to early retirement as a Senior Probation Officer with an emphasis on equality and diversity. Among his qualifications is a Masters degree in Socio-Legal Studies from the University of Birmingham.
For the past six years Tony has been a Diabetes UK Community Champion Volunteer devoting his time educating all communities in the West Midlands and further afield about health and well-being in relation to diabetes, a medical condition which runs in his family. He is proud of the fact that he has controlled his Type 2 diabetes with physical activity and diet ever since he was diagnosed 14 years ago and has never taken medication. Thus proving it can be done with the right mindset, discipline, motivation and determination.
Tony is a Patient Champion for NHS Solihull and Birmingham Clinical Commission Group. He has featured in many healthy lifestyle videos some of which are on the internet emphasising his positive approach in managing and controlling his Type 2 diabetes. Among Tony’s several awards he won the 2017  Association of Jamaican Nationals Seven Heroes Award  for contribution to the development of the Jamaican community & other Nationals in the United Kingdom. 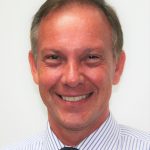 The DIT sector teams offer expert international trade advice and practical support to UK-based companies who want to grow their business overseas, be this via Distributors, Partners or Joint Ventures.

Prior to joining DIT, he was an Export Sales & Marketing Manager for most of his career, working for reputable companies in the Healthcare, Wines and Spirits, and Automotive industries.

Having lived and worked in the Caribbean for over 30 years, and understanding that every market has its own challenges and requirements, Steve enjoys working with companies from all sectors to help them to establish relationships with potential international business partners, and to secure long-standing and mutually rewarding affiliations. 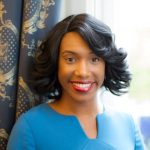 Makala has extensive expertise in helping her clients create financial stability and future security. Whether it may be starting a new family or business, buying a property, approaching retirement or receiving inheritance. Her core focus is building long-standing trusted relationships with her clients to ensure ongoing needs are met. 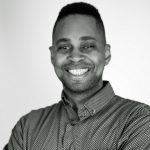 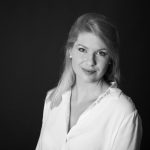 After graduating from University with a Bachelor of Science degree with Honours, Madeleine set up a company in the renewable energy sector installing and managing projects ranging up to 26MW in capacity, offering operational insight and a knowledge of UK legislation, grants and incentives. Madeleine has capabilities in planning and design, and has been a member of the 4NEW team  since its conception, assisting in the implementation of  their global expansion plan in waste to energy facilities supported by mining sites. 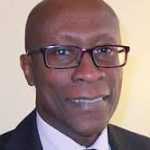 Director of the Ramphal Institute and Visiting Senior Research Fellow King’s College London where he leads policy research, sustainable development and facilitation of diaspora investment in the Caribbean and West Africa.
Prior to this he was Contract Manager of a CARIFORUM Capacity Building programme which involved training in Competition, Public Procurement and Trade Facilitation. He was also Senior Adviser to UNEP’s Green Economy Initiative for the Caribbean, promoting an holistic approach to policy making in sustainable development. He worked for seven years at the Commonwealth Secretariat undertaking research and capacity building in trade and development policy.
Ambassador Edwin Laurent’s career began at St Lucia’s Ministry of Finance and later he was appointed Permanent Secretary, Ministry of Trade Industry and Tourism. Since then he has held various diplomatic postings including; Ambassador to France, Germany and Belgium, East Caribbean States’ Permanent Representative to the EU, St Lucia’s Permanent Representative to the WTO, the Food and Agriculture Organisation FAO and OPCW, and Special Envoy on bananas for the Heads of Government of Dominica, St Lucia and St Vincent.
He has lectured in Central and West Africa and the Caribbean on Trade and multilateral negotiations and written and published extensively on trade and development issues. In 2013 he was awarded the St Lucia Cross for services to development. He was educated at the Universities of the West Indies, Manchester and the Johns Hopkins’ School of Advanced International Studies. 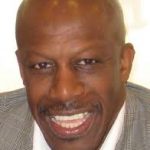 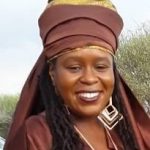 Esther Stanford-Xosei is Jurisconsult, dynamic Community Advocate specialising in the critical legal praxis of ‘law as resistance’ and internationally acclaimed Reparationist. Brought into this world by parents who were born in the Caribbean (Barbados & Guyana), yet who retained their genetic and cultural memory of Afrika, Esther’s activism has sought to re-member the historic, geopolitical and cultural ties between Diaspora communities and their ancestral Motherland, Afrika. Raised up for such a time as this, Esther is a visionary scholar-activist, grounded thinker and eloquent spokeswoman, who has charted new grounds in the theory and praxis of Pan-Afrikan Reparations for Global Justice. She is indeed a notable example of the role and prominence that Afrikan Caribbean women continue to play in global justice movements.
In this regard Esther serves as the Co-Vice Chair of the Pan-Afrikan Reparations Coalition in Europe (PARCOE). She is also the official spokesperson for the Afrikan Emancipation Day Reparations March Committee (AEDRMC) which organises the annual 1st August Afrikan Emancipation Day Reparations March in London. In addition, Esther is the co-initiator of the ‘Stop the Maangamizi: We Charge Genocide/ Ecocide!’ Petition and its campaign (SMWeCGEC). Notably, the SMWeCGEC includes calls for the establishment of All-Party Parliamentary Commissions of Inquiry for Truth & Reparatory Justice at the levels of the Westminster and European Parliaments. 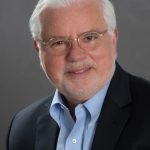 Geoffrey Wynne is head of Sullivan & Worcester’s London office and also head of its Trade & Export Finance Group.  Geoff is one of the leading trade finance lawyers.  He has extensive experience in banking and finance, specifically trade and structured trade and commodity finance, corporate and international finance, asset and project finance, syndicated lending, equipment leasing and workouts and restructurings.

Geoff sits on the editorial boards of a number of publications and is a regular contributor and speaker at conferences.  In Chambers and Partners 2015 Geoff is ranked a Tier 1 lawyer for Commodities:  Trade Finance.  He holds a Fellowship award for trade finance from Trade and Forfaiting Review. 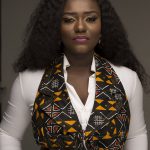 Dentaa Amoateng MBE is the founder of the GUBA Enterprise which consists of GUBA Awards, GUBA Expo and GUBA Foundation. The GUBA Awards is a non-profit organisation that focuses on enriching the African community in the UK with the aim of empowerment and growth. It is an annual event dedicated to highlighting and rewarding outstanding achievers.

She is a dedicated and altruistic individual who has positively influenced many through her work with the GUBA enterprise. The GUBA Awards have been recognised as a community building organisation with substantial influence. Her work to improve UK- African relations earned her an MBE in Her Majesty the Queen; Elizabeth II’s 2016 Birthday Honours. 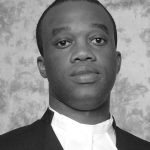 Kirk Haywood is a Trade Adviser in the Trade Directorate of the Commonwealth Secretariat. His work focusses on the legal and regulatory aspects of trade policy where he advises Commonwealth governments on domestic trade policy as well as negotiating international trade agreements. At the recently concluded Commonwealth Heads of Government Meeting he was the policy lead on the trade pillar.
His portfolio currently includes advising Mauritius on the negotiation of the Trade in Services Agreement, the East African Community on the renegotiation of the Common Market, the Governments of Nigeria and South Africa on Brexit, and Papua New Guinea on regional integration initiatives. He has also been working with the members of the East African Community and the Advanced Program for Economic Integration on the negotiation of regional Mutual Recognition Agreements to support cross-border trade in professional services.
Mr Haywood was an Advisor to the Ministry of Trade in Indonesia where he supported the setting up of the Trade in Services Negotiation Directorate and worked on the trade in services aspects of ASEAN, APEC, RCEP and Indonesia’s regional and bilateral agreements with China, EFTA, India, South Korea, as well as supported their Chairmanship of the WTO’s Ninth Ministerial Conference, APEC and ASEAN. 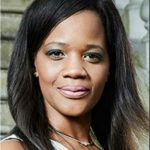 Amanda is an advocate for African & Caribbean culture and businesses in the UK. She is a supporter of CaribDirect Multi-Media initiatives and has undertaken various presenting projects with the company.

She is a law graduate who has worked in senior positions both in the UK and USA. A qualified TV Media Journalist & Presenter who gained working experiences with ITV, BBC and CNN. Amanda has also worked in various films, TV series including being the model for the winner of season 4 ‘The Great British Sewing Bee’ on BBC2.

A mother of 4 grown up children, Amanda is a qualified Celebrant and Wedding Officiant who also devotes her time to designing and conducting wedding & naming ceremonies in the UK, USA and St Lucia.